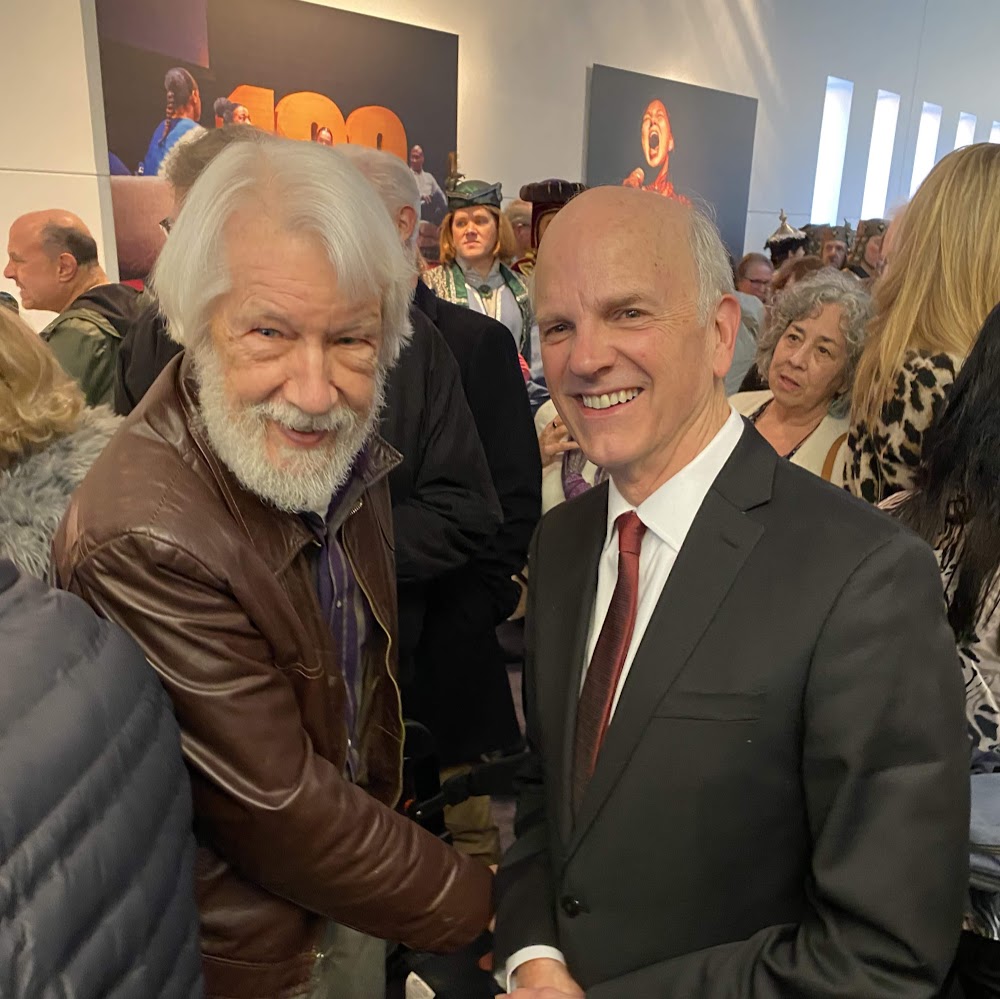 This production of Princess Ida is dedicated to Monroe Kanouse, a mainstay of musical leadership at the Lamplighters for decades, on the occasion of his retirement. It all began over in Berkeley, where he attended public schools, going on to UC Berkeley, and after college singing “Marco” in The Gondoliers and “Grosvenor” in Patience along with other future Lamplighters. In 1965 he ventured across the bay to join the Lamplighters, before we had our orchestra, playing piano in the pit for several shows, and music-directing a production of Così fan tutte featuring Lamplighters principals. He went on to pursue an eminent operatic conducting career with San Francisco Opera, West Bay Opera, Oakland Opera, and Sacramento Opera. In 1987 he returned to the Lamplighters, where he has conducted hundreds of performances of every G&S opera (except Utopia Ltd.), operettas, musical comedies, and Galas.

Monroe’s refined musicality and insistence on the highest standards has been a model and inspiration to all of us on stage and in the pit. He has inspired a new generation of G&S enthusiasts as a senior faculty member of our G&S Scenes Program at the San Francisco Conservatory of Music. For me personally, Monroe has been a guide and mentor as a conductor and music director, and I count his friendship as one of the great treasures of my life. Monroe, we love you, we salute you, and we thank you for all you have done for the Lamplighters. We wish you all the best in your well-deserved retirement!