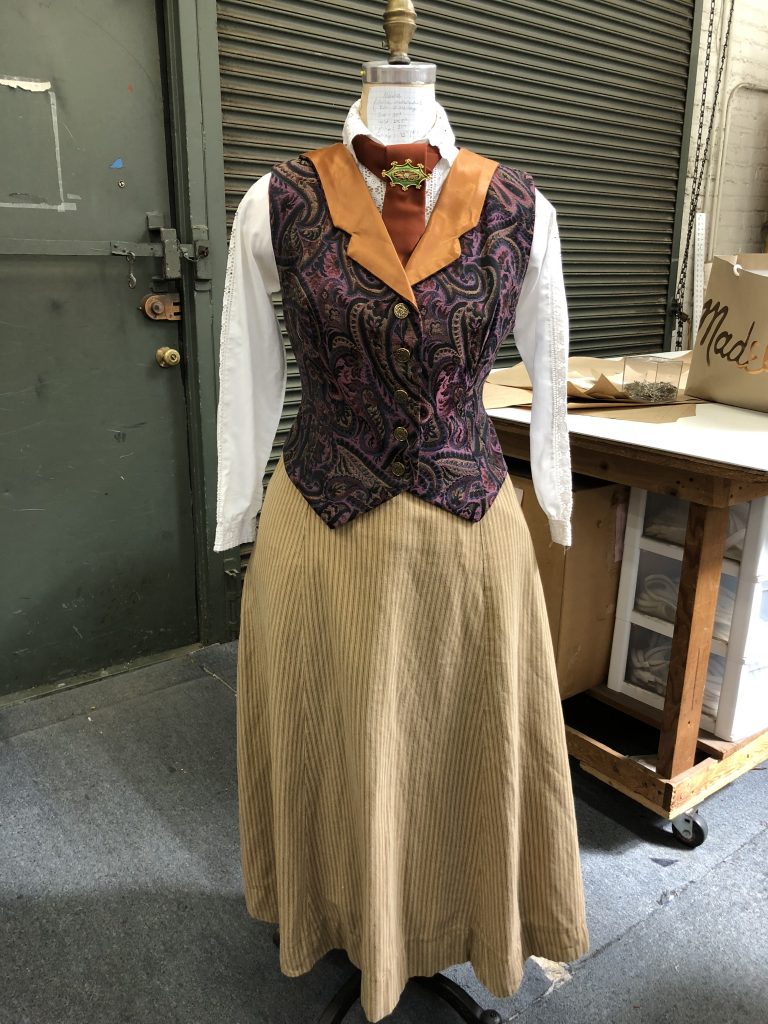 Director Nicolas Aliaga is bringing a fresh new concept to our summer production of Pirates of Penzance. As costumer designer Miriam Lewis explains, “We’re setting this production in 1897, which is when you get the idea of the New Woman. What this means for us is that women were doing a lot of things that had previously been only done by men, both professionally and for personal pleasure. The women in our ensemble have to be active in order to pursue their interests. They can’t wear the beautiful, giant hoop skirts used in past productions. So they are wearing things like bicycle bloomers, split skirts, and knickers. They will really be able to climb over rocky mountains!”

“We want these modern daughters of the Modern Major General to be able to be very active in their costumes. They can be archeologists, or geologists, or naturalists. And the idea that women could be more active in their leisure pursuits went hand in hand with the idea that they could be more active in a social sense. The suffragette movement had been going on for some time, but was still very important in 1897. All of this is reflected in the change of costume for our women.”

“But it certainly isn’t dour or grim. These are girls that just want to have fun. But fun with a purpose!”​​