Lamplighters lost one of our giants of the stage last Saturday. That is literal; he was so very tall! John Ziaja passed away on June 13th, joining his beloved wife Jean , who passed in 2007. As Baker Peeples and Barbara Heroux wrote, “John joined the Lamplighters in the chorus of Trial by Jury in 1970, and went on from there to give unforgettable performances of the principal bass/baritone roles in the Gilbert and Sullivan operas (two roles in most of them), as well as in The Merry Widow, Die Fledermaus, and a couple of Offenbachs. One of his most memorable roles was as W. S. Gilbert himself, first in The Savoyards in 1976, and after that in several galas. For many of us, John was Gilbert in all his curmudgeonly glory — feisty, irascible, brilliant, hilarious, and ultimately tenderhearted. His Mikado was a towering creation in every way — tall, forbidding, crazed, and hysterically funny. His Dr. Daly was sweet, poignant, and lovable, his Don Alhambra elegant, haughty, and amusingly menacing. One reviewer described his Wilfred Shadbolt as a “bananas oaf.” Every role was carefully crafted, individualized, and fully inhabited. He and his wife Jean (who died in 2007) often appeared together on our stage, and created magic.” 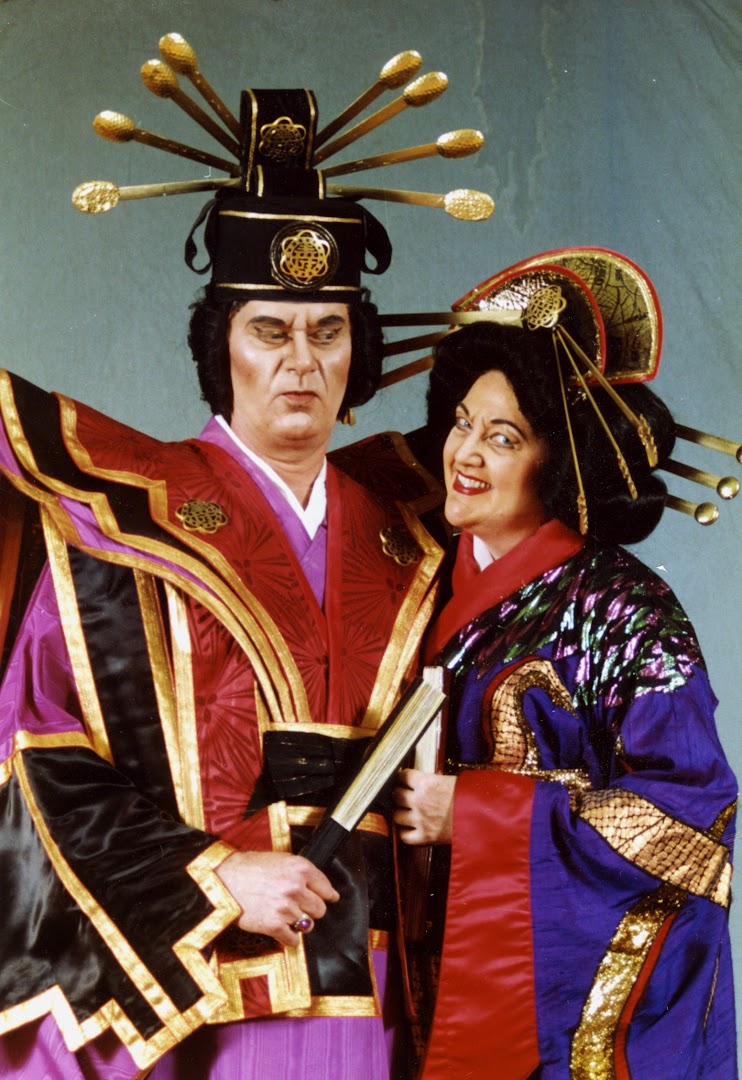 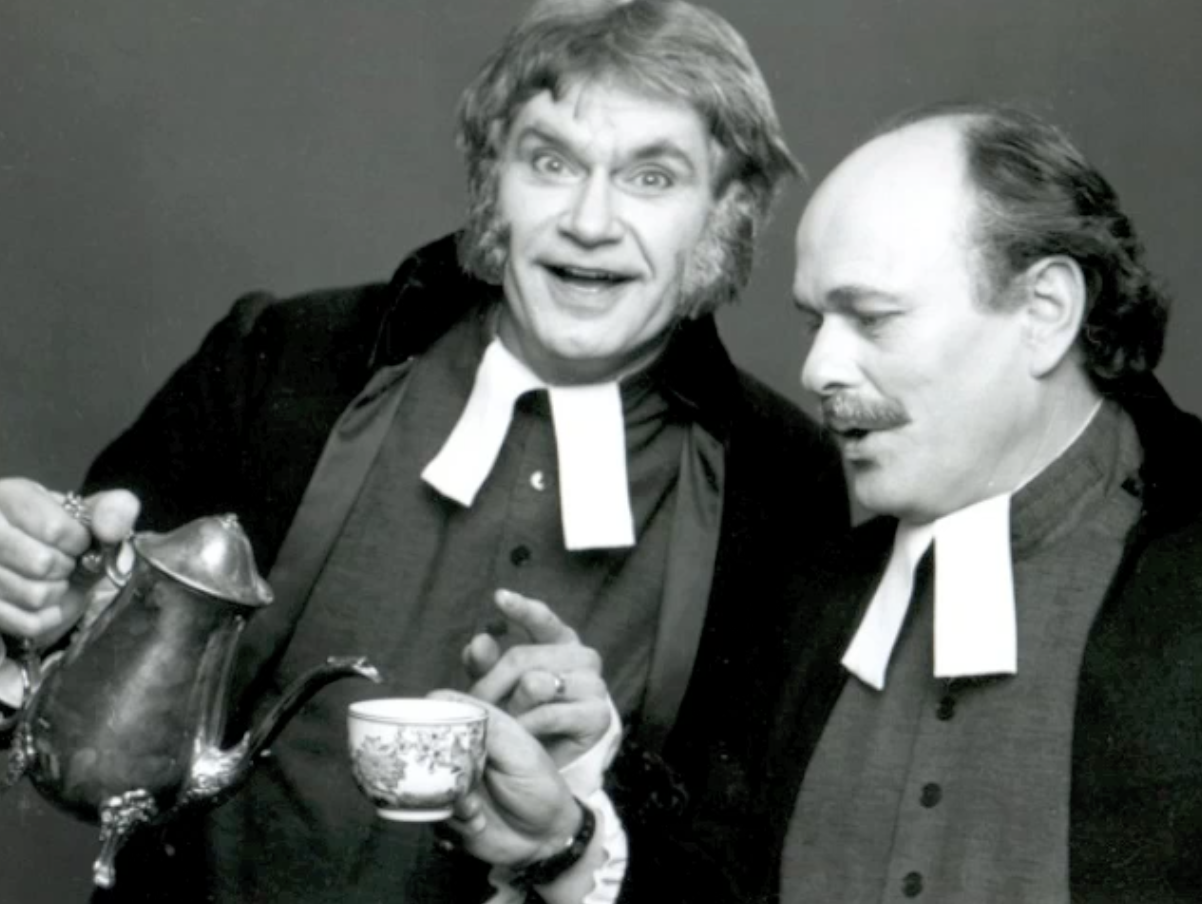 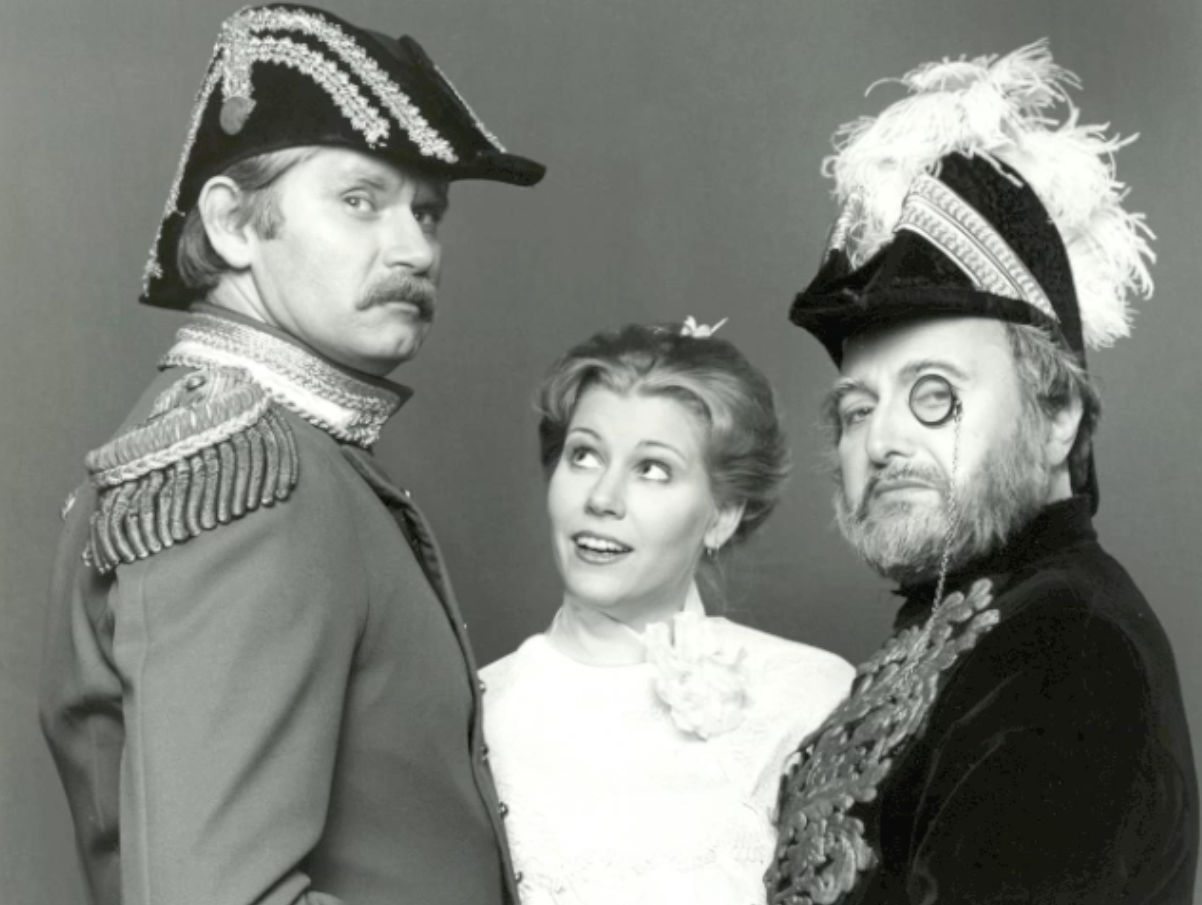 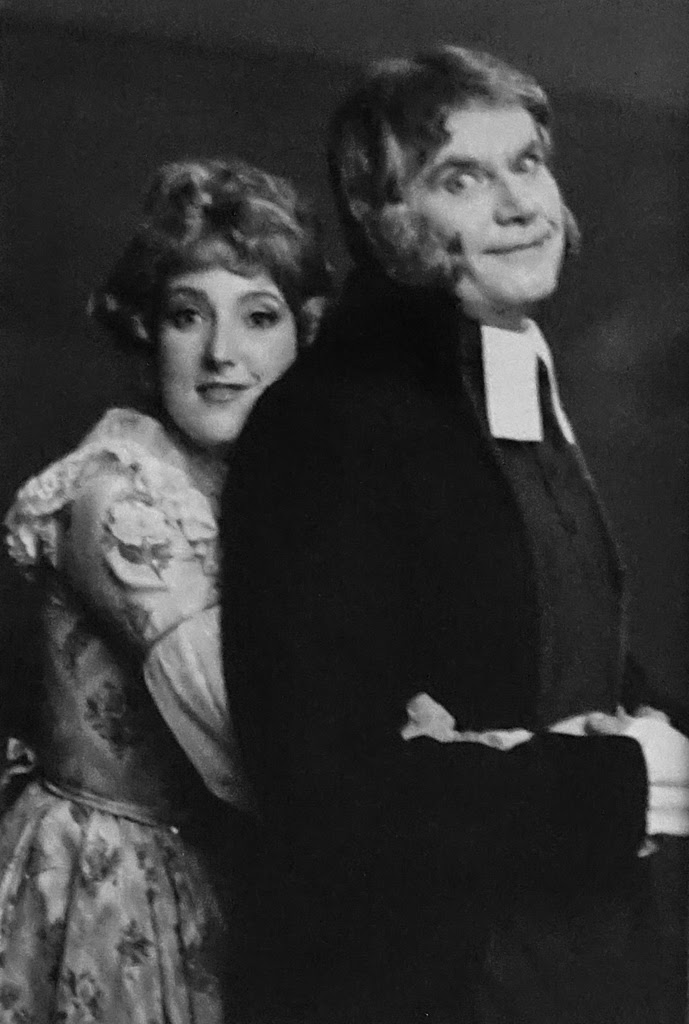 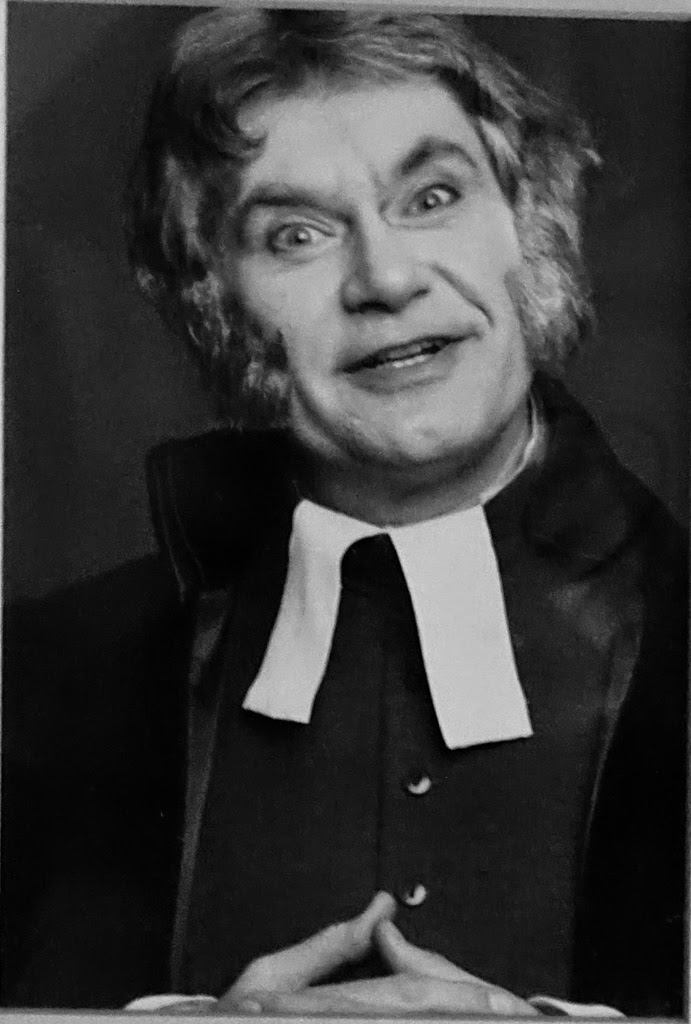